You wake up in your room and then go downstair, oddly almost all the doors are locked. You decide to go back to your room but suddenly your room turns into a hallway with a floor lamp and a door inside it.

You open the door and realize you are stuck in a loop, but you are not stuck alone. Will you escape ?

Help me get a better PC by donating :) If you liked the game consider leaving a review and a comment.

In order to download this game you must purchase it at or above the minimum price of $1.99 USD. You will get access to the following files:

Wonder if this game is FREE?!

If you haven't liked and subscribed yet, please consider doing so now!

An amazing game and worth the purchase at the price above. Full gameplay playthrough above, if you enjoy the video, please like/sub and leave a comment to help with the algorithm.

Reply
Rhys Sanders114 days ago
Inc
Incase missed, I played it 7:11 in, brilliant game. I now hate mannequins. Check out my video
Reply
fasplay117 days ago
Nice game, some bug while walking, many steos hearing. HERE A COMPLETE WALKTROUGH
Reply
Easy118 days ago

Good game dude!!! It was a great experience, I was tense the whole game, I hope I can play more of your games Keep it up.

This uh....this scared the crap out of me...such a good job on the look, sounds, and the scares!

Me and Juliana Played it, It's the third game in this video, I personally liked it, pretty spooky atmosphere, when the mannequins are right outside your door after the third of fourth runback, it made me jump, and its also really polished, definitely worth the 2 bucks lol thanks for making it

Reply
TheDontLookBackNetwork128 days ago
Best one yet! Can't wait to see what you release next!
Reply
Step Vibes131 days ago

i liked this game alot

Gotta say I hated it in everyway possible (in a good way of course). I only p.t style games & this 1 was fun.

Really well done game! Genuinely scared. I have one question. Is there multiple endings to the game? Good job!

Awesome Game! My video cant compete with a Markiplier video buuuuttt I really enjoyed it! The ending did take me by surprise tho lol I wasnt expecting it. Great Job!!

Reply
I AM PUPPY FLOPPY142 days ago
Awesome game, look forward to more stuff from you guys.
Reply
itsawendigo142 days ago (1 edit)

this scared me so bad!

I Been Did It! lml

Such a GREAT atmosphere !

Your improvement is shown. thank you for the game 😊👇

Markiplier played this game! You will definitely get the recognition you deserve from this!

Reply
trailmix150 days ago
another great game made by you, I love it so much and I want more just like it

just saying you are a great game maker

I can't believe I convinced myself to play a MANNEQUIN GAME

Reply
GeninMyles162 days ago
I featured this game at 4:58! This game was a literal nightmare for me due to those mannequins!
Reply
AmberHolster197 days ago
One of  my biggest fears put into a game lol!!! This really creeped me out. Was very good.
Reply
Ahmet Kamil Keleş225 days ago

I would love to buy the game, but unfortunately PayPal is banned in my country. Is it possible for the game to be bought with credit card instead?

Good job on this also! Once again for a single developer you are doing really well! I can now say I have played all your games and I am looking forward to any upcoming projects!

Really love this game! The atmosphere was very creepy and unsettling, and a nice break from jumpscares over and over. Amazing job!

Fantastic! Not so much jumpscares but the atmosphere really made this hard to play because I felt like I was the character dealing with all these Mannequin's lol. I also did a let's play below; feel free to check it out. Have a great day! :)

Loved it ! Highly detailed well made game ! The fear level is at 100%. Never know what's going to happen around the next corner. Game here!

Was so fun and truly and deeply terrifying! The atmosphere of the whole game and the thickness of the darkness in the house somehow was instantly scary and apparent. The way it's so silent, and things subtly change with loud stuff here and there was pretty well done! (Video below if anyone wants to check it out!)

Only suggestions I have are that there were jump scare noises at random parts were nothing happened other than the sound itself and that the end and beginning of the game was not as scary as the parts where the mannequins were.

At the start of the game; nothing happens at all other than looping through the house for a bit (Though it's still quite spooky) and the end was kind of underwhelm as it just suddenly/ randomly happens and nothing to wrap up the whole game.

I also felt like there were times where scares might be more effective, like the bathroom. (I think it wasn't as scary for me because I kept checking it and got conditioned to something being there.)

Also I think that there might possibly have been a story under the sheets of the game that is told, but I didn't piece it together. That being said, it was undeniably spooky and terrified me,; it was a great game to play! So congrats on making yet another great game and good luck for the next one!

What a great addition to the Bored Leviathan collection. Love the atmosphere and quiet environment, really built up the tension and honestly, I scared myself most of the time because of the tension building.

Really enjoyed this game, I'm scared of mannequins in games and this just gave me such a frighten!!
great work! Keep it up :)

Here is my game play x

Very well done! It reminds me of P.T.! I have a fear of mannequins so I was terrified lol

GREAT GAME BORED I ENJOYED THE JUMPSCARES AND STRAIGHT DARKNESS

Looping hallways are not my favorite type of game because I am not fond of the amount of "randomness" it seems to take to activate the next event. That said, I did enjoy my playthrough of the game. I did not think it was super scary but, it did have a genuine creepy atmosphere. My favorite mannequin was probably the one that whizzed down the hallway because it jump-scared me. It is obvious the developer has put a lot of work into the game and it is worth checking out! 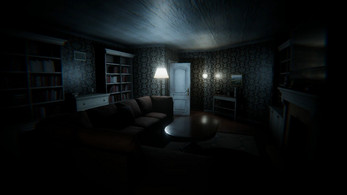 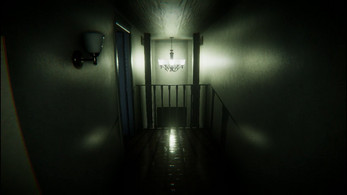 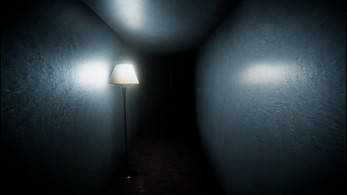 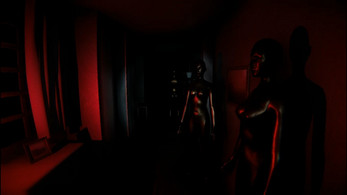 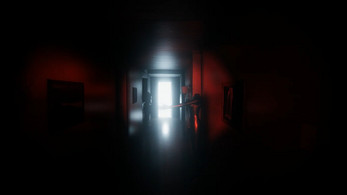