You are alone in the office at night doing your work, feeling tired you decide to go to the kitchen to get a cup of coffee. When you came back to your room, something strange happened to your computer.

Help me get a better PC by donating :) If you liked the game consider leaving a review and a comment.

In order to download this game you must purchase it at or above the minimum price of $1.99 USD. You will get access to the following files:

This game was suggested by one of my subs and I love it! Nice puzzles and the lady was scary~ Definitely worth trying :)

I know that it's too late to play this game now, but I still enjoyed the game, the challenging puzzles, and the jumpscare.

This is another one that I really enjoyed.  The atmosphere was really great and creepy.
I think most of my critiques are really similar to what I said about Mannequin House
1.  Please include brightness adjustments and mouse sensitivity adjustments in future games.  There were parts of the game that, even with the flashlight, I literally couldn't see anything.  And when I needed to run away, I found it more frustrating due to the mouse movement.
2.  Having some kind of a story, even a small one like an urban legend surrounding the woman or something would be great.
4.  The design of the office was pretty decent.  It didnt feel as off as Mannequin House.

Outside of that, it was a lot of fun.  You are very talented and I hope you keep making games.

This game was very interesting. The part about the mysterious woman chasing me was scary! I always enjoy your games.

Not my video, just one a buddy of mine made that I think deserves more support :)

Great game with awesome graphics! Liked it very much!

Reply
CjuGames1 year ago
Nightmare Shift made it onto my list of 10 scary indie horror games from 2021. This was a great idea and I loved the execution aside from a couple of little things.
Reply
SyrahVT1 year ago
This was a lot of fun! Very spooky.
Reply
ZBug981 year ago

I absolutely loved this game, took me totally by surprise. Got lost a lot, and loved every second. EVEN though I probably said I hated it several times. Great work devs!

I purchased the game and it has an Rar file (im new to PC) but its not allowing me to open it, its asking for me to choose an app to open it with. How do I open to play?

Install Winrar to extract it :)

100% the game that One Late Night should have been. Very Creepy!

So I gotta say this game was creepy I couldn't finish it but thats just down to me made me jump at times and kept me on edge great work.

Loved it! Can't wait to play your other games :)

Reply
KawaiiSavage1 year ago(+1)(-1)
Played this for my youtube channel and enjoyed it! As usual the visuals and atmosphere were awesome. I hope in the future you revisit this concept and make it longer!
Reply
Jimfinite1 year ago

Replayed this after a few weeks and just want to reiterate that this was a great game and fun play through! I look forward to your next game!

Fingers crossed that its soon!

The arrows at the end were a little confusing since they doubled up sometimes. Otherwise this was a good spook sir.

Your game starts at 4:20
Reply
SleepyHead Gaming1 year ago

Over all I really liked the game and it gave me a memorable scare at the end lol. The game ran without issues and I didn't come across any bugs. I would recommend this game if your looking for a fun and short indie adventure :) Here's a short video I put together for everyone, I hope you enjoy it enough to support the channel and subscribe :)

The creature has no AI in the room that the chairs move itself. she couldn't enter that room when i played

Reply
AmberHolster1 year ago
I literally love every game you make!!
Reply
seelroy1 year ago

Nightmare Shift was quite a bit of fun - if that's what you'd call it. I'm new to horror as a genre, and spent quite a bit of time petrified of what was going to happen and getting scared by both the unknown and the known. There are some aspects of the game that were done well and others I feel not so much.

The ambiance you captured did so much to make me feel uneasy. It felt like those times you were somewhere, like a school, after hours and while you're allowed to be there it feels somewhat off-putting still. At every point of the game I felt this uneasiness and what occurred only amplified it. I think quite a bit of this had to do with the lighting and I really wanted to commend this aspect of the game. For what it's worth there was a portion where I spent like 4 minutes too afraid to go down a hallway. You did really good here.

The jump scares are well done and aren't overplayed. Something I often see in indie horror is the over-reliance on jump scares to be scary. The couple of ones you had were well timed and got me because I just was not expecting them. I was focused on other aspects that when they did occur they got me good, even if my reaction wasn't noticeable.

Another part of the game I liked was that if you failed the location of the numbers changed. It meant I couldn't cheese the game, and made me continue to explore the office and be on edge. Though with continued repetition this falls off.

The other side of that though is that the checkpoint is after you correctly input the code. If you fail prior to that you have to do everything that leads up to it. Which is kind of tedious. If you get to the point where you're "playing the game" I think a checkpoint should be placed there. This will speed the game up, but I think it's worth it because I accidentally misread the 7 in one of my codes as a 1 and failed a second time.

I'm going to minorly hit on the flashlight as well. If you spin fast enough you outrun it. Realistically you won't, and I never did, but I think for realism or in another game you make where it might be more important: you probably should make it so you can't outrun it.

Overall I think this game was well worth the $2 and if you're considering picking it up then I say: do it! Depending on how much you play horror games you may be able to complete it quicker than me, but whether it's 10, 15, 20, 30 minutes - I think it's worth it. My attached video has the moments I got scared timed, so if you're interested in seeing me get scared or interested in what scared me it's there for you.

I really enjoyed this game, reminded me of One Late Night. And specially the fact that it randomly changed the numbers in each room each time you died, was a nice addition.

Anyway, I have too made a little video on it, maybe you might wanna check it out.

Lots of potential but having to start completely over when the monster gets you, turned me off from trying to escape in the end. Also maybe a bug when it says to follow arrows I did not see any. Other than that it was good.

I apologize for that, I think you play the old version of the game, I added a checkpoint and arrows in the latest update

I had a feeling that was the case, I apologize if I sounded harsh, starting over is a huge pet peeve of mine especially when I'm playing a game I like

One of the most enjoyable short horror games I've played yet. Really had a blast here. Check out the full video of my playthrough.

2 Dollars for like 10-15min and then having the most genereric Horror-Gameplay? Come on dude...

bro this game had me scared and confused lmfao. But it was actually a pretty solid game

Played this game LIVE! super fun really enjoyed it and would defiantly recommend it to other people

Coffee Coffee but no this was pretty cool ngl I enjoyed it, what I did not enjoy was getting jump scare FOR  GETTING THE PASSWORD WRONG!! Great idea, hate that I didn't know regardless FUN.

This is a pretty dang good game! I do recommend, pretty short horror experience and it looks phenomenal! 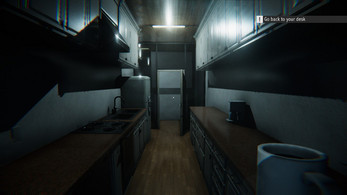 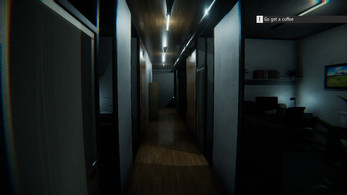 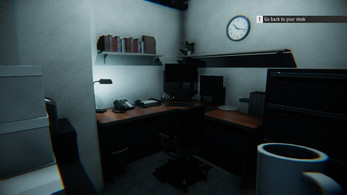 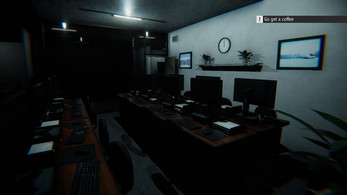 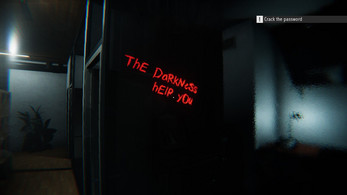