You saw a black shadow under the street lamp, seemingly waiting for something. The next day, it had arrived at the front of your house.

This game is free to play but you can help me get a better PC by donating :) If you liked the game consider leaving a review and a comment.

I'm not familiar with the inspiration behind this, but I did think the game was really cool! My playthrough is the second in this video (the first is Delirious, which is another game by Bored Leviathan)

Short but great game. I had a scary thrilling time playing it.

Very nice as always, bro. Thanks for sharing the game with us!

Hey there! This game really made me jump! It's an amazing indie horror game, and I really enjoy your games! The first one I played was Nightmare Shift, and seeing you make games like these are amazing! I am looking forward to playing more of your games~

This is an awesome game! Atmosphere and graphics are well made. Full game here:

Once again another good short horror game that you have created. Good Job!!

I think this game is really interesting, It's actually really scary and I had a little fun towards the end. Here's my little gameplay of the game.

I really enjoyed this game! While it wasn't anything outside of what I expected going in, it really creeped me out! Great work!

Reply
MONSOON1 year ago
Japanese Folklore is terrifying...I dreaded every second I played this horrific game.

We had a lot of fun playing through this one.

Thanks for the experience!

Not bad for a short horror. I did get a lot of laughs from Meiri-san and I'm not sure I was supposed to find he/her/it as funny as I did. Lots of... toilet humor :D

It's a fascinating game and always great to see more from you.

My main critique would be on the layout of the house. It feels a bit awkward at times and especially so during the latter chase due to the dead ends that can leave the player just waiting for death. It breaks tension as opposed to being able to keep running anxiously and trying to find an exit.
Love the game though.
Reply
MixoNat1 year ago

Was a really good horror game! It literally had me sweating and at the edge of my seat, especially the last chase towards the lamp post. I would say the game is pretty much perfect except for two things;

One is that the first jumpscare of the glitch monster is that he doesn't chase you or do anything other than just appear. I might have played an un updated version, but he just stands there until you pass him by. Maybe make him  chase you into the other street and then make your way home.

The other thing would be the very last jumpscare of Mieri san; she was never used a lot before other than the painting. My suggestion would be to instead of the glitch monster, replace it with Mieri san herself and the ending would seem wholesome.

Other than those two, I think the game was amazing! You've learnt from your previous games and made another one that is better than the last! The glitch effect was great, the ambience and environment was absolutely spot on and the small spooks with the objects in the house was great! The depth you went to make the brother's and the players room was also great and the small jumpscares of Mieri san inside the house had great build ups and was very spooky.

All in all, a really great game!

Enjoyed the game a lot! HOWEVER, my only complaint is the house. It feels way too bland and just down-right awkward. Especially the placement of the toilet being in a different room from the sink. And the sink being in a different room than the bathtub. And is that a washer without a dryer? It feels a bit unnatural and not much like a home. Besides that, the rest of the atmosphere is good and the story-line is scary and interesting!

It was a bit weird to not have a flashlight at the beginning of the game and the house was a bit too big and had a strange layout, but it had really good scares and a great atmosphere and I really did enjoy playing your game!

Thanks for making this game Bored Leviathan, it´s great to see you are still making horror games. I enjoyed the Japanese folklore behind the game, great to see you took inspiration from a calm-looking anime to create such scary game, as always the chasing scenes always gets to me, who knew Mieri-san would be so terrifying. The house design and the surroundings was spectacular, nice touch adding a conveni store. 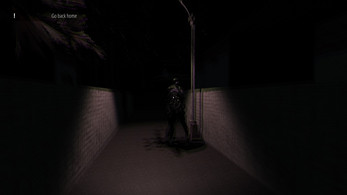 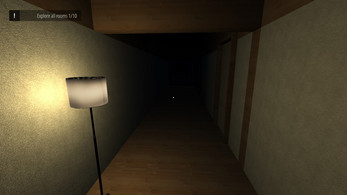 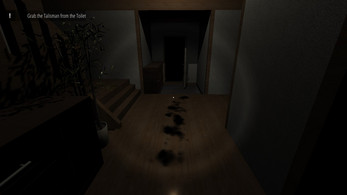 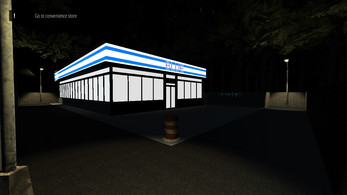 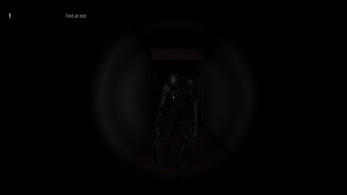